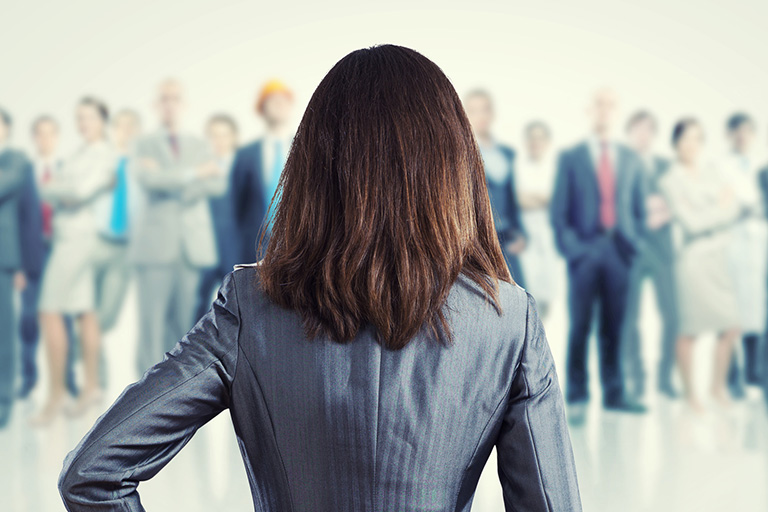 The Benefits Of A Woman’s Touch

With August 26 designated as Women’s Equality Day by the U.S. Congress since 1971 to commemorate the 1920 passage of the 19th Amendment to the U.S. Constitution granting women the full and equal right to vote, Senior Living News launched a discussion with several female leaders in the aging services profession.

More men than women historically have occupied senior level leadership jobs across the aging services industry, despite it serving and employing more women than men. In fact, women residents outnumber men 7:1 in assisted living communities, according to the Assisted Living Federation of America—at nursing homes that ratio jumps to 10:1. In addition, women make up the vast majority of caregivers in the United States, and adult daughters also wield the most influence regarding a parent or parents in assisted living.

“Aging services is a female-dominated business that has traditionally been led by men,” said Kathryn Roberts, president and CEO of Ecumen, headquartered in Shoreview, MN, and one of the largest and oldest non-profit senior housing and services organizations in the nation. “I was one of the first women to be a leader in this field, which seems counterintuitive to me.”

“All of the female Ecumen leaders were selected for their roles because they were the best candidates. Providing leadership opportunities and growth has always been a high priority for me,” said Roberts, whose organization is running against the norm with a mostly female leadership team.

“I am proud of the dynamic, talented women leaders the organization has assembled. Throughout my career, it has always been important to me to support the professional growth of female team members and provide them ample opportunities to be successful in their roles,” Bavaria explained.

“I encourage them to seek out ways to expand their innate skill sets, be active in their communities and to build and maintain a diverse network. It is my hope that by doing these things, I continue to fuel the professional pipeline with strong, capable female leaders poised to make an impact.”

Shelley Kendrick, Ecumen SVP of operations and COO, believes diversity adds to the success of any company.

“By being diverse, you can get thoughts and ideas that are different than yours. This leads to better, more innovative ideas which will help companies succeed. We look at the educational and professional background of each candidate and judge their ability to be successful on their skills and experience—not on their gender,” Kendrick said.

“It is up to us, the leaders in our respective fields, to take the initiative toward solving these gender equality issues and blaze a trail that other organizations follow as we continue to erase the gap that exists,” she said.

According to the U.S. Census Bureau, in the general population, women still only earn 78 cents on the dollar relative to men.

“There continue to be wage disparities. And there are far too few women in corporate boardrooms,” said Roberts, noting, though, that Ecumen’s Board of Trustees is comprised of nearly half women—six of the 13 members are female, including three of the five officer positions.

“I want to believe women have growth opportunities in all occupations; however, the male dominance of leadership would imply that is not the case. If you have a positive and successful female in leadership, all other women can see a role model and know advancement is possible. Ecumen supports development for all of its employees.

“Women bring special qualities and unique perspective to all careers,” Roberts said. “The tension between differing viewpoints and life experiences is what makes businesses stronger. Having women leaders in the senior living industry is as important to us as it is to all businesses in all sectors.”

Bavaria says finding a healthy balance between women and men leading and supporting a non-profit is the ultimate formula for success.

“We are working on that daily at Presby’s Inspired Life. In fact, it is a desire of our board of directors to become more balanced in gender representation, because ultimately, we all have a unique set of gifts and talents to offer in support of achieving a mission,” Bavaria said.

As efforts to defeat Ageism gain momentum, what can the senior housing and services industry learn from the battle against Sexism?

“All ‘isms’ come from ignorance and preconceived ideas. The senior housing and services industry can learn much from battling sexism, racism, bias against disabilities, etc.,” Roberts explained. “Like a majority of the trends since the mid-1900s, the ageism movement will gain strength from the boomers’ demand for respect and dignity. They won’t settle for today’s standards in senior housing and services. Boomers will drive the future of aging in America and around the globe.”

The Women’s History Alliance will be working for the next four years to have Women’s Equality Day 2020 declared a federal holiday.

“I think it is sad we need to call equality out with a special day,” said Roberts. “Having said that, it is another wonderful tool bringing awareness to the inequalities women continue to face.”

Johnson-Porter agrees. “A federal holiday brings about the opportunity to spotlight timely issues that demand greater attention. I think it’s important that, as a nation, we continue to recognize that there are still gender equality issues in the workplace. Federal holidays help bring to the forefront that there is still work to be done to fully and properly correct these issues. However, the day must not just be in name. The day must also be rooted in tangible initiatives and action to effectively eliminate the gap.”