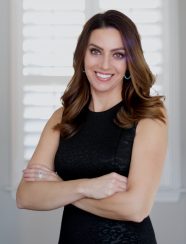 “Edie’s operational experience will be a tremendous asset to CSH and its many industry partners. We have worked with Edie for over a decade during her tenure at Chelsea Senior Living and Sunrise,” said Scott Stewart, Managing Partner at Capitol Seniors Housing. “Edie understands senior living from the inside as a caregiver, executive director and most recently as senior vice president of operations. We’re thrilled to have her on our team as we continue to grow and provide seniors with best-in-class communities.”

“I’m honored to join a firm with an exemplary record of putting seniors and their care first. I’ve had the opportunity to work with many of my new CSH colleagues throughout my career with some even serving as mentors,” said Empirio. “I know they are a dedicated and earnest group of people. This new role will allow me to work with various operators while expanding my 360-degree knowledge of the field, from development to operations.”

Prior to joining Capitol Seniors Housing, Empirio served as Senior Vice President of Operations at Chelsea Senior Living. She was responsible for the oversight and support of all 21 communities in the Chelsea portfolio. Senior living has been a constant thread through Empirio’s career, which began when she started a resident exercise program as a college intern. After graduating, she became a coordinator for Sunrise Senior Living and was later promoted to an executive director and area manager.

Empirio is active in senior living and healthcare organizations, serving as a board member for the New Jersey Assisted Living Council (NJALC) and member of the Healthcare Association of New Jersey. She previously served as a board member for the National Center for Assisted Living (NCAL) from 2008-2012. Empirio earned her bachelor’s degree from William Patterson University. She’s also a certified assisted living administrator.

Based in Washington D.C., CSH is a private equity-backed real estate acquisition, development and investment management firm founded in 2003. Along with their capital partners, The Carlyle Group and Bain Capital, CSH has successfully acquired or developed more than 120 senior housing communities and deployed over $2.5 billion of investment capital to date.