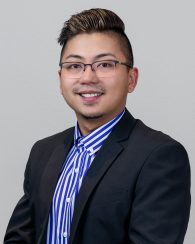 Rivera has worked in the senior living industry for about a decade. Rivera said he did not expect to land a job in senior living when he was searching about 10 years ago, but senior living has become his mission. A mission that includes bringing value to seniors and a life and retirement that they truly deserve after spending most of their lives working.

“Joining a company that specializes in California is what I am most proud of. Oakmont understands what it takes to provide what is needed in the senior living industry. Being an executive director is both an honor and a responsibility. It is an honor to be able to serve our community, team members, residents and more and a responsibility because we all have one goal and that is to deliver meaningful lifestyle and build a relationship where we can tailor programs to the residents of Oakmont of Novato,” Rivera said.

When Rivera is not working, he spends time outdoors in good weather, watching horror movies and also considers himself a foodie. He is originally from the Philippines and moved to Sonoma County in 2009.