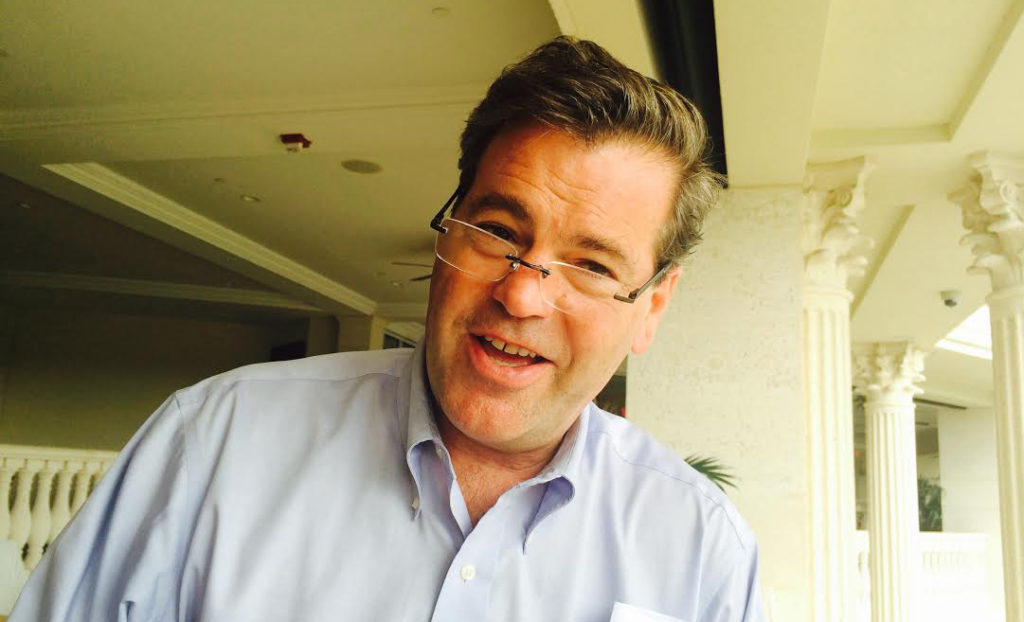 If Stephen Bowman, president of Peregrine Senior Living, had won the Democratic primary in his 1988 race for the Syracuse, NY, area seat in Congress, his life would have been quite different. But as he likes to joke, he lost, realizing that he campaigned a lot like he golfs—with great enthusiasm but disappointing results.

Bowman juggled Georgetown University Law School with politics, working on state and federal campaigns including those of Mario Cuomo and Walter Mondale, and serving as campaign manager for Mark Green’s 1986 U.S. Senate race in New York.

Admitted to the bar in 1988, Bowman had a law degree but very little experience, was newly married and needing a job. He knew one thing about the economy, though. Those who had made fortunes in the past 70 years had done so by following the Baby Boomer generation, whether it was suburban houses in the 1940s and 1950s, Gerber baby food or the Beatles.

“I knew that if I wanted to have a career that was going to last 50 years, it would have to be around the Baby Boomers demographic and consumer spending,” Bowman said.

Bowman initially got into senior housing purely as a real estate play and went through a number of industry booms and busts. In 1995, he founded Peregrine Development for the purpose of developing and operating long-term care facilities as well as traditional real estate.

“I moved Peregrine from a pure real estate company, building buildings for end users or having operators as managers, to understanding that I would have to have credibility as a borrower so that I could control my own destiny if things went wrong with leasing or in a crisis in the operations,” Bowman explained.

“Peregrine in many ways never really became a meaningful company in my mind until we became operators, because that led us into much more interesting, provocative and challenging issues with the operations of assisted living. Then this new crisis called dementia came along where the industry didn’t really understand the implications or the magnitude of the problem 20 years ago.”

Bowman is known for his innovative and unconventional out-of-the-box marketing strategies which have provided Peregrine industry-wide recognition and a strong and loyal customer base.

“I was named as a receiver for a nursing home. It was an operationally distressed facility, so we convinced the state of New York to appoint us as an emergency receiver to take care of patients,” he explained. “That gave us a lot of credibility, because there’s such a high threshold of credibility to be a receiver of a nursing home and one in crisis. So we just built up a resume on the operations side.”

Bowman has operated 30 facilities at any given time. He currently oversees the operations of 15 Peregrine Senior Living assisted living facilities and home care services in New York, Massachusetts, Maryland, Georgia and Colorado, with five under construction now—two in New York and three in Colorado opening in 2017. The Syracuse-based company provides direct management of assisted living communities and consulting services to its partners in business. Most of its business is memory care.

Bowman directs the development of new opportunities and shapes the culture of company personnel through visionary programs under which care is provided to residents, known as The Peregrine Way. This compassionate and dynamic model of care embraces the long-term memories of Peregrine residents and the frequently unmet emotional needs of their families.

“We overcame that by marketing ourselves as the experts in memory care,” said Bowman. “We couldn’t rely on a feeder, but we could advertise that we had thought more thoughtfully about what memory care could really look like. Ten to 15 years ago, no one really knew what memory care should look like. Society hadn’t yet seen the crisis of dementia care in the proportions that we were facing.

“I asked my company, asked myself, how do we have a measure of good memory care treatment outcome? How do we say we did well by a particular resident? We know that with the disease, the diagnosis is going to lead to death, so how could we say we did a good job with our treatment, in our care? What’s the best outcome you could hope to have? We answered those questions with a program based on giving comfort and gentle stimulation to our residents.

But he believes that as long as American society is obsessed with a cure and computer games because we’re going to “save” the short-term memory and “win the battle” against Alzheimer’s, we’re really missing the opportunity to give comfort and joy to those who have this diagnosis. Other than truly diagnosed early onset dementia, the truth about Alzheimer’s may just be that it’s a function of the human brain aging past 75 or 80, and people are simply living longer now.

Nothing Bowman says about long-term memory is news to any front-line CNA or case manager working in memory care. Everyone has stories about residents who don’t know who Barack Obama is but can recite the Rosary in Italian, their first language, or describe their wedding day in detail.

“We don’t pretend to have any answers, although we’re constantly experimenting with new ideas,” said Bowman. “It’s all a work in progress, and we just look forward to collaborating with other operators, because I think as a society we’re just making this up as we go. None of us were prepared for this epidemic of dementia of tremendous proportions.”