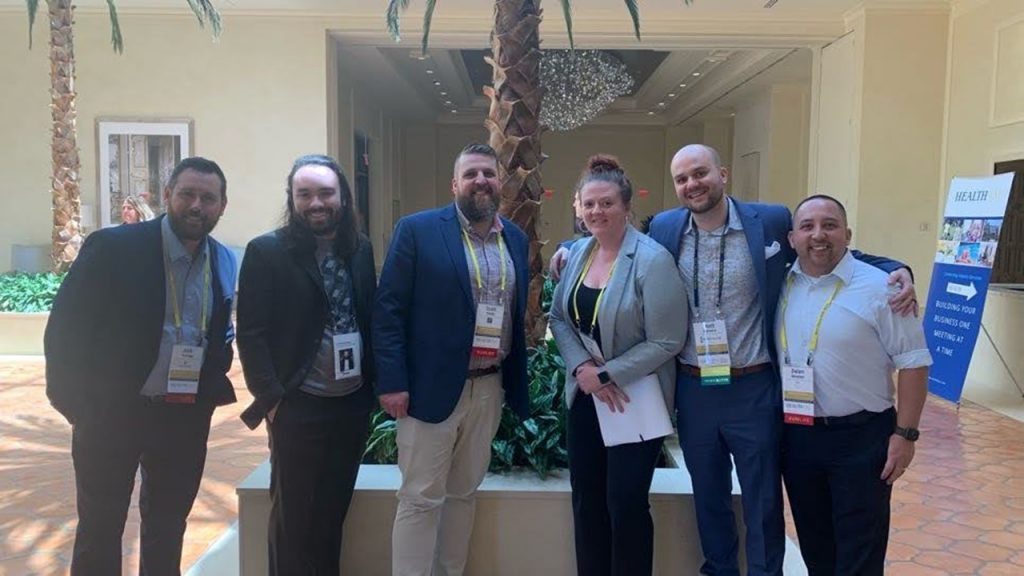 Innovations—mostly technology-related, but also new ideas and simple changes—were discussed during HEALTHTAC’s “Innovation in Senior Living: The Do’s and Don’ts and Everything In-Between” panel, which took place earlier this year in Orlando, Florida.

After a round of panelist introductions, the moderator, Matt Reiners, co-founder and VP of Eversound, kicked things off with this question: “What’s the most innovative thing you or your current organization has done, and why do you consider it innovative?”

Dalen Newton, IT program manager of Merrill Gardens, said that Google approached them during the height of the pandemic; they wanted to use Google Next Hub Max devices in the senior living space.

“What I really wanted out of this platform was ease of use: I wanted to put it in a resident’s room, set it, forget it and have this as a learning device for residents to learn technology,” said Newton, whose company has around 70 communities and is based out of Seattle. “Number two: Everything’s locked down, so we need something for residents to connect.”

He worked with the Google development team to achieve those two goals. “We found a sweet spot where there’s no passwords, [it’s] really easy to use and we can connect with the resident’s families and their neighbors,” Newton said. “Even to this day, people are still talking about it.”

Shanna Eckberg, COO of American Baptist Homes of the Midwest, an 80-year-old not-for-profit that operates in six states, said that her company started using headphones to allow residents to speak to their loved ones through the glass barriers. Then, the staff thought to use the same tools to continue holding music therapy sessions for the residents.

For example, they started a “resident hiring committee,” where patients with dementia are helping decide who to hire. “You empower that resident to be in charge to select who works for them,” said Freitas.

Additionally, he noted that as we age, how we view colors changes and the color lime green pops. So he’s started to have his care associates wear lime green.

For patients with dementia, he said that implementing a $7 contrast toilet seat in their bathroom could reduce fall risk up to 28%. And with some kinds of dementia, “the color black from the kneecap down is perceived as scary, so we took all of our care associates [and] put them in tan pants and white shoes,” Freitas said. “We had almost 50% reduction in people resisting care.”

He’s also the chief research officer at Certus Senior Living—and one of his research projects revealed the power of photos. “If you show three photos that a person [resident] can connect with…before giving medicine, they’re about 50% more likely to take that medicine,” said Freitas.

But not all innovative efforts pan out.

“One thing I tried to implement was smart-suite technology,” said Scott Smith, national director of resident programming at Five Star Senior Living, which has 138 facilities throughout the United States. “The biggest thing was not understanding all the different parts of the business that something touches, and not getting the buy-in from every single piece of that.”

He explained that smart technology doesn’t just affect the IT people and caregivers—it also impacts others, like the maintenance and executive teams.

“I implemented digital art frames and thought it was a great idea; the activity directors thought it was pretty innovative,” said Newton. “But the platform we went with wasn’t as user-friendly as we would hope.”

The platform didn’t know the senior living space—and they didn’t want to learn about it. But this led Newton’s company to find a better platform. “They integrated with all sorts of different museums—really cool things that the residents really enjoy,” Newton said. And some of the residents are artists, so they can now host art galleries using these digital frames.

“That was a pretty cool way of failing and learning from it,” Newton concluded.

But before you implement an innovative product or change, think about why you’re doing that. “You need to be problem solving, as opposed to being innovative just to do a buzzword,” said David Sawyer, CEO and founder of TSOLife. “We really, as an industry, need to focus on what challenges are we most running into, and how can we think of unique ways that no one else is really solving for, but [that are] good approaches?”

For instance, residents may prefer tactile products to electronic innovations. “Just because we live in an electronic society doesn’t mean that’s what our residents want or prefer,” Smith said. “Don’t forget who we serve and what they really want. We want to push them, we want them to try new things—but at the same time, understand (at their core) what are they most comfortable with.”

And that could differ based on location. Smith pointed out that in Washington, you might get a lot of retired technology executives who are more open to adopting new technologies. But that might not be the case in other parts of the country.

You also want to consider the effects of the innovation on the people who will be implementing the product—the care team. “Make sure you have the input from the community itself,” Newton said. “Get the insight from the servers to the caregivers; all the people that are in front of the residents.”

One way to do this is to spend time in the communities. Talk to the caregivers, but also volunteer or work in one of the buildings to see what they do on a daily basis. “The reality of what it is versus what a lot of people think it is, is very, very different,” Smith said.

That experience will be invaluable in learning how (or if) the innovation will help. You’ll start to understand what problem(s) the product/change will solve, how much work it’ll add to their workload and what tasks are going to “drop off their plate” if they implement the innovation.

“The biggest piece of this: How do we do this within our own workflow—without taking such a huge exit from what we’re already doing—to implement your tech?” Smith said.

Regardless of what the innovative tech/product/change/idea is, keep this in mind: “We’re always going to be a person-centered industry,” Newton said. “So that has to be the number one focus.”

Editor
Caroline Chan is the Editor of Senior Living News, an online trade publication featuring curated news and exclusive feature stories on healthcare industry changes, trends, thought leaders and innovations. In this position, she is responsible for creating editorial content, writing regular feature articles and publishing news to SeniorLivingNews.com and distributing its e-newsletter. She is also involved in putting together the educational programs and moderating panels for the company’s HEALTHTAC events. She graduated from Marist College with a Bachelor of Arts in Communications with a focus in Journalism.
2022-06-03
Caroline Chan
Share
Previous NYSOFA, AgingNY and Trualta Provide Free, Web-Based Support Platform for Family Caregivers in NY
Next Enso Village Appoints Rosemary Jordan as CEO