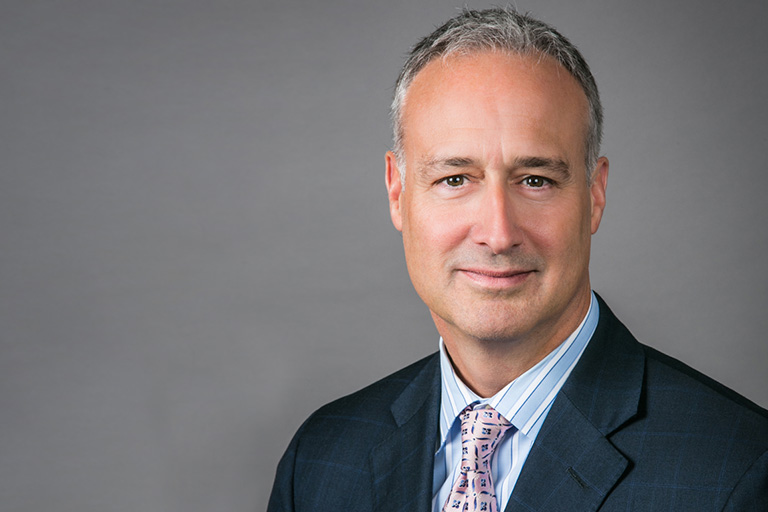 Ever wonder where new companies get their names? In June, a new brand hits the senior living market—HumanGood—but it represents some very familiar names with a rich history of serving older adults and their families.

When American Baptist Homes of the West (ABHOW) and be.group successfully closed their affiliation to create one unified company last year, they became part of the Cornerstone family of companies that also includes Seniority and the Beacon communities.

Together, they are California’s largest nonprofit provider of senior housing and one of the 10 largest senior living organizations in the U.S., providing continuing care, affordable housing, assisted living and memory support to nearly 10,000 residents in 84 communities across California, Arizona, Nevada, Washington, Oklahoma and Idaho.

Everyone knew eventually they’d be adopting a new brand identity. Beginning June 1, these organizations all will fall under the HumanGood umbrella.

President and CEO John Cochrane said at the organization’s recent 2017 Annual Meeting the name was determined to be a fitting representation of the organization’s aspiration to be the leading innovator in delivering enriched and engaged experiences with optimal health and measurable life fulfillment.

Cochrane told Senior Living News in a recent interview the company realized early on in the affiliation process that it needed a new identity to rebrand the combined organizations and unite them as one organization with one common purpose, mission and vision of what they wanted to do in the world of well aging and senior housing and services.

With a new, cohesive brand identity under a united name and a refreshed vision that speaks to the common purpose of helping older adults live purposeful lives, the organization believes it can have an even bigger impact.

“We needed a name that really spoke to a changing consumer marketplace and changing buyer marketplace … to our motivations and desires as an organization and to our target audience,” Cochrane said. They also wanted to clarify their not-for-profit difference.

“We wanted something that would speak powerfully to our team members and their motivations and desires, because the simple truth is that our people don’t view their work as a job. They view it as a calling. They come with a real deep sense of passion and purpose.

“If you get to what brings them to work every day, what gets them excited to go above and beyond the minimum call of duty of performing their job functions, you quickly dive into this notion of ‘human good’—making a difference in the world, doing something impactful and purposeful and meaningful, not just for those we serve but for our team members and for our communities as a whole.”

Cochrane said they also realized early on that they couldn’t make up a name by themselves that would be “groundbreaking, interesting or distinct” and hired Chicago-based branding and strategic design firm Samata to do some research.

They talked with residents, prospective residents, those who rejected senior housing as a whole and didn’t want to look at it, team members, board members—the whole universe of stakeholders—not only about what they thought the company could be, but what they thought of well aging and what this kind of life could be.

Presented with four to five potential names, Cochrane said all were interesting one way or another but most fairly common or kind of traditional—”hybrid made-up names, because most of the English language is already owned by somebody.” A few were more traditional, a little more descriptive, but didn’t get to the heart of what they wanted to do as an organization.

“And then there was HumanGood. Everyone who looked at it thought it had kind of a ‘wow’ about it. When you reflected on it, it so stood out from the other possibilities, identified us in the marketplace, identified us a not-for-profit speaking to our motivations, our aspirations. It just became such a well-differentiated platform. It was a pretty clear and easy choice,” Cochrane said.

“We’re all really passionate here. It really does speak to who we are in the company, and it’s reflective of who we’ve always been. It honored the past in the same way it positioned us for the future.”

A former lawyer, Cochrane admitted at some point he just didn’t care about making some of this clients another million dollars. It didn’t matter to him anymore, didn’t motivate him, and he thought, frankly, the world just didn’t need it. He sees people across the field of senior living who want to work hard but want to do something impactful. Not just great executives, but great caregivers, housekeepers, service workers, drivers.

“All these people are working for the same purpose, with the same passion, with the same focus and effort,” he said. “That’s what gives me the energy to do my job every day and makes it so much fun to do the work we do.”

Cochrane talked about the future and not wanting to tie the organization to a product line that could change and evolve over time—not identify with language that may have a limited shelf life.

“The name ‘retirement community’ already is becoming a bad word today. Thirty years ago, people went to a ‘home.’ We did want to speak to our aspirations and those we serve,” he said. “I think that’s an important element of this. When we talked to our residents and prospective residents and what they aspired to do in their lives, there’s an element of HumanGood in that as well.”

Cochrane talked about millennials having a better work/life balance than previous generations—much like you see a rise in socially conscious investing, people wanting to have their investments with companies that are doing good, not only doing well. He sees that dynamic playing out with millennials, wanting to do well but with a purpose attached to it—and doing a better job articulating that.

“We absolutely believe speaking to that deep motivation that all of us have will help us attract a workforce to our field in a very competitive environment. We need to differentiate ourselves, explain what we do and why we do it, and the why is increasingly resonating with the millennials more than previous generations,” Cochrane said.

“That is the $64 million question,” Cochrane said. “How do we serve that 70% in the middle who don’t want or can’t afford the Life Plan community, don’t qualify for government subsidized communities—how do we find access to the big powerful life, the rich purposeful life that we’re looking for?”

For HumanGood in the future, there may be a residential component with limited services, a mixed intergenerational residential component, likely a technology component and bringing resources into the home, probably less healthcare-focused in a reactive way and starting younger with people, helping them navigate the 30-40 years of retirement.

“How do we help people live well and connect them to the resources they need for the life they’re looking for? That’s the life HumanGood is looking to explore,” Cochrane said. “It’s very limited now and will be more so going forward, either because people can’t afford what we offer now or want the flexibility.

“I think the watch word of the day is nimbleness and flexibility.  We don’t know exactly what the market is going to require. I think one criticism of our industry as a whole is that we’ve fallen into a one-size-fits-all solution to a problem people don’t think they have.

Cochrane believes the idea of not segregating the populations is going to increase. People want to be around different people of different generations with different experiences.

“People don’t want to be put on the fringes out in a community with a moat around it 40 miles outside of town with just seniors,” he said. “They want to be in the heart of things. They want their amenities, want their space, but they want intergeneration connectedness. That’s the kind of experience people are looking for.”

If there’s any good news, it’s that no one should have more expertise in the field than the current senior living industry has, living and breathing the demographic every day, Cochrane says.

“But there’s a cautionary note. We should be able to pivot and meet the needs. But if we don’t, others on the outside will meet those needs.”